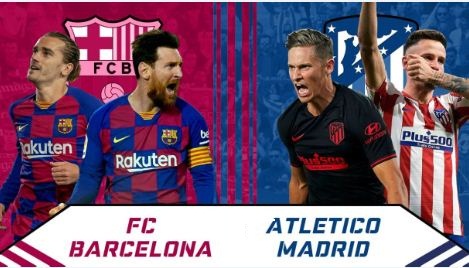 FC Barcelona and Atletico Madrid will have to cut down the costs of their squads by more than 35 million euros ($42.14 million) following new salary limits imposed by La Liga on Tuesday to cope with the financial impact of the COVID-19 pandemic.

The figures, published twice annually following each transfer window, dictate how much teams can spend on players, coaches, support staff and their youth teams.

They are calculated in line with revenues, which have been obliterated by coronavirus restrictions preventing fans from attending matches for 12 months while depressing the transfer market and reducing income from merchandising.

Barcelona are the club most acutely affected by the new limits and will be forced to reduce their costs by an additional 35.7 million euros, to 347 million.

Champions Real Madrid have the largest salary limit of all 20 league sides with 473.3 million to spend, and are one of only four clubs allowed to increase their costs ahead of the next campaign, along with Granada, Huesca and Celta Vigo.

Subscribe to our newsletter and stay updated on the latest developments and special offers!

La Liga president Javier Tebas praised clubs for adapting to the challenges of the pandemic, including not having fans in stadiums for almost a year and a reduced transfer market, which he said had cost clubs an estimated 2 billion euros.

“COVID-19 put Spanish football to the test but the end is in sight and we can make some positive conclusions,” he said.

“Despite earning 2 billion euros less, clubs, especially the big ones, have managed to cope with the crisis by reducing costs. This shows Spanish football is solvent.”

He predicted Spanish clubs would see revenues return to pre-pandemic levels in two years and said he hoped fans could return to stadiums before the end of the season, but said it was unlikely until late April at the earliest.

With Van Dijk out for months, who will Klopp turn to now?